I’ve never participated in a linkup before

I could do my research and see how this works when other individuals attempt it, but it is preferable to me to just wing it, baby. I mean, I’ve read posts people do for linkups before, but here I am with no working knowledge of how to participate without coming off as awkward. Which is part of why I’ve never done that before. Unfortunately, when I saw that Maya was hosting a linkup, I couldn’t resist attempted participation (since Maya is great, and anything she does is probably great).

I’m going to introduce you folks to Edgar, who goes by Gar. He’s… maybe fifty in human years, which is pretty young for a monster (or so I assume, based on my not-so-extensive research and mostly baseless speculations). He’s a very fluffy creature with horns and a toothy smile. His fur is kind of a pale blue with green undertones in color. He’s got fluffy hair and a pointy pokey tail.

Here is some helpful archive footage.

I was actually just doodling in Adobe Sketch and I accidentally drew this monster guy and he asked me why on earth I wasn’t telling his story. I was taken aback and a bit concerned, but here we are.

2 // Explain how your MC fits into the plot of your book (as best you can without spoiling it all…).

Oh man, wait, it sounds like I’m talking about myself, doesn’t it? I was afraid that this would happen.

Gar and I are fine over here, we’re just not on speaking terms with a few people and craving ice-cold showers, for some reason.

3 // What’s the first thing your MC says in the story? The last? A random quote from the middle that you like?

Problem: Now I want to talk about characters from a different project, but I like what I wrote up there about Gar, even though it brings up some vague concerns about my own mental health and the state of my art, at this point. So, it stays, but now we’re talking about Alistair. Brief background information: I am confident that Alistair is shortish and has hair, at least. He can talk to evil shadows. Which totally exist in the world I’ve made up for him (although… the world I made up for him is basically my hometown but with a Georgia flavor (read: peaches and oranges) and evil shadows). Anyways.

He didn’t mind sitting in the rain, not much. The water all over him and around him. Like he was swimming (he’d never been swimming, he said to himself, and it was a brave lie).

He did mind the way everything inside of him was screaming, although he couldn’t seem to make himself do anything. He shivered, and wondered if Tilley was still awake, and heard something all of a sudden and tried to pretend he hadn’t.

And he didn’t know if the deep dark voice coming from everywhere meant Tilley, GranJen, Robyn…

–deep inside of him somewhere, he felt like the statement, vague as it was, was somehow true.

He took a breath, and spoke into the chaos.

There was no answer.

He shivered as he stood, shakily. Thunder boomed, and he found energy. He moved into the house with alacrity, hair dripping and shirt clinging to his body.

Now, a random quote from the middle would be: “I think I hallucinated a kitten.”

4 // Which other character would die for your MC?

Tilley and BJ are his best friends–Tilley has an otherworldly feel for no particular reason, and is a bit of a National Parks geek hippie person. BJ is a little bit punk, or so he thinks, bless his heart. (I just sounded like my great-grandmother). Robyn is Alistair’s older sister. Maybe don’t mess with her.

Obviously. But he would never voice this truth, it would make him uncomfortable.

6 // Have any major details about your MC changed since you first created them?

Oh, man, yes. Everything. He used to eat Pop-Tarts (from a grocery store, as do the heathen). He was much taller. Probably thinner (which is weird, because he quit eating Pop-Tarts and started eating fruit? I don’t?? Send help??) and he was borderline mean.

7 // What characters (from books/movies not by you) remind you of your MC? Why?

I can’t think of anybody, which doesn’t mean he’s original. It just means I can’t come up with anybody right now because my mental filing system is a failure. What’s a character who screams into the void a lot?

Alistair likes purple, oranges (or peanut butter, straight out of the jar), his front porch (he can see the world spinning slowly from there), instrumental music, and fish. Not eating fish, pet fish. He loves fish. He has this whole thing with water. He also prefers DC to Marvel, which is kind of in there just to pay homage to my eighth-grade Batman obsession (never forget where you came from).

Honestly, I think he’d want to be married to Tilley and walking a dog down a bustling street somewhere. unfortunately, for my purposes, he’s twelve and depressed in all of the flashback scenes, and he’s twenty-something and running a bookstore in a small town for the rest of the book–and he doesn’t have a dog (though, as far as I can tell, he did get the girl. See, I’m a nice person).

All I have is a scene:

Benjamin Jefferson–or BJ, as he called himself–couldn’t help it. He was intrigued. And while initially he wanted to go over there and laugh at them, he found that he didn’t really want to do that. He really wanted to go sit next to them and be friends with them, and not with the kids he’d just been with. The other kids had been making fun of him because–

–of a lot of things.

These kids, he guessed, wouldn’t make fun of people.

They looked more like people would make fun of them.

So he crossed the street without looking both ways, dropped his skateboard, and threw himself onto the ground next to them, and said, “Hi, I’m BJ.”

They said hi. They introduced themselves. They kept lying on the green, green grass and staring at the sky.

A long pause. Then he added, “Can I do whatever you guys are doing?”

And the girl– she told him that her name was Tilley. Her white-blonde curls that corkscrewed in all directions–said, “of course you may, sir.”

And the boy–Tilley said his name was Alistair–his hair was dark brown and wavy and wanted to cover his eyes–sat up and said, “I thought you only talked old-fashioned to me.”

He seemed a bit territorial, and BJ wondered if this was some sort of wack date and he should back off.

“Forgive me,” Tilley said to Alistair. Then to BJ, “sure, dude.”

And Alistair seemed happy then; he nodded to BJ. “Welcome,” he said, “to confessing our deepest desires. Rule number one is that you can’t make fun of anyone’s deepest desire.”

BJ wondered what religion these two weirdos were.

Tilley said, “Alistair wants to swim, because he’s always wanted to swim, but he doesn’t know how to swim. And he won’t learn how to swim because–”

“Woah,” Alistair said. “Shouldn’t you share your own confessional?”

“–Because he’s afraid of feeling stupid.”

“Also, he’s so short that even the shallow end feels deep to him.”

Alistair jumped up. “Hey! You’re shorter than I am!”

Tilley jumped up too. They stared at each other.

I’m not sure who would win in a fight, BJ thought. Then he thought, they would both lose. He had to try very hard not to laugh.

But he didn’t want to laugh at them to upset them. He wanted to laugh because he suddenly really liked them and might would have even died for them in that moment, he loved them so much.

“Can we be friends?” he demanded, like his life depended on it (maybe it did, a little, but they didn’t need to know that).

Tilley and Alistair exchanged glances. “He hasn’t laughed at us,” Tilley said.

BJ shoved his hands in his pockets. “Darn right,” he said. “Darn right.” His mother sent him spending cash about once a month, and his stepmother let him spend it on whatever he wanted. And what he always wanted was a new dye job. His dark hair was streaked with orange now, which he felt was exciting.

and that’s it, that’s the show. Go participate in the linkup so I can read your stuff. All you’ve learned from me is that I only write mentally ill characters, which I guess I can’t help, to some extent. And that I don’t stick to one thing for long.

11 thoughts on “meet my MC [linkup hosted by Maya Joelle] feat. I Only Write Mentally Ill Characters Because of Obvious Reasons”

lord byron felt it, too 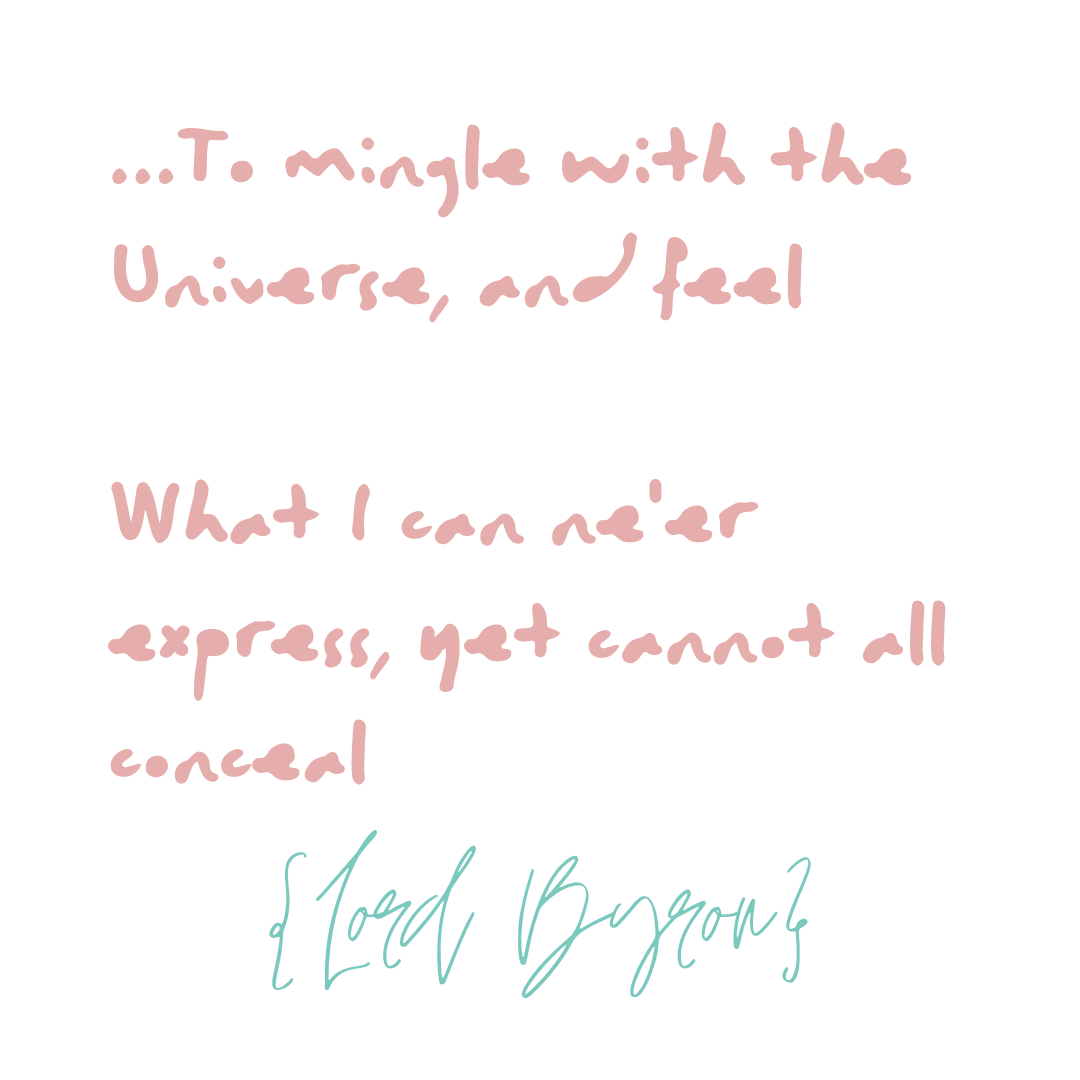 hey, man! if you could not steal my intellectual property, that’d be great. i doubt you’d want to claim this chaos anyways :)

All comments are allowed, unless they are OBVIOUS spam. Comments that I deem to be promoting violence or using obscene language will be edited, with a notice added. Please be respectful of each other.